AGORA 82 has just been published! 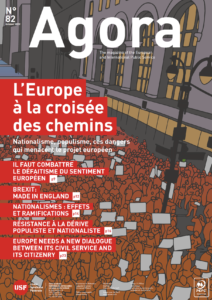 A new issue of the magazine of the European and International Public Service, dedicated to “Nationalism, populism those dangers that threaten the European project” is available online.