All Together against Moral Harassment! 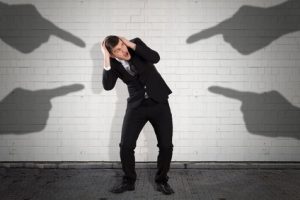 On 23 October 2018, Union Syndicale wants to focus on the fight against psychological harassment at work, one of its priorities.

Despite the existing mechanisms in the various affiliated organisations, we observe overall unsatisfactory treatment of the cases submitted and an unconvincing transition from theory to practice. The Congress in Dubrovnik (May 2015) decided to address this issue. In response to the request made at this Congress, Union Syndicale has set up a working group, which is currently carrying out substantive work to propose rules to improve the handling of harassment complaints.

This day was launched at the initiative of IPSO European Central Bank.

See more about it

The magazine of the European and International Public Service